The People who Make it
language
Project: 3rd chamber of Beatrix lock

The Beatrix lock as a logistical challenge

The assignment: construct an additional lock chamber at Nieuwegein and widen the Lek Canal. The challenge: avoid any nuisance for the inland shipping vessels that pass by 24 hours a day.

Creating a faster and safer passage for vessels at the Beatrix lock near Nieuwegein, that is the goal of this project. To achieve this, the new lock chamber of the 77-year-old lock has to be widened and deepened.

This project is part of the Locks programme of Rijkswaterstaat (the Dutch Directorate-General for Public Works and Water Management). 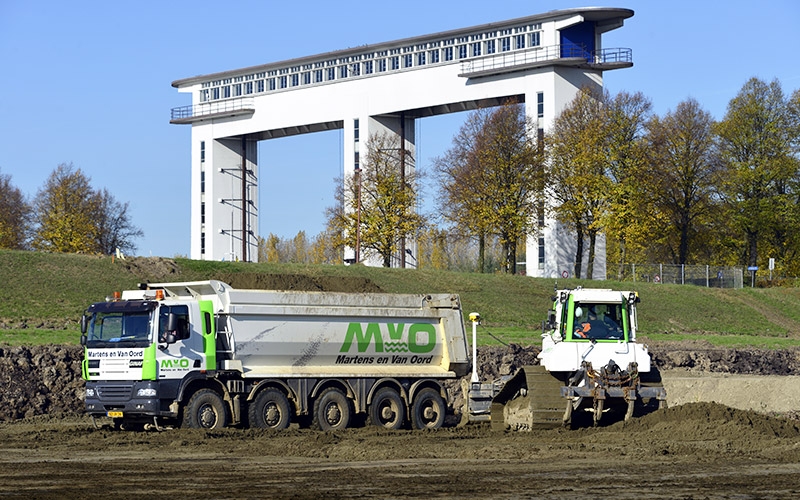 Use of our expertise

The construction of a 3rd Beatrix lock chamber and the widening of the Lek Canal was awarded to the Sas van Vreeswijk consortium (Besix, Heijmans and Jan de Nul) by Rijkswaterstaat. Sas van Vreeswijk is responsible for the design, construction and financing of the project, and also for the maintenance of the entire lock complex and the Lek Canal. As a key partner to this consortium, Martens en Van Oord is responsible for all the groundwork.

The 3rd chamber will be constructed to the east of the two current chambers. On that same side, the Lek Canal will be widened and deepened over its entire length. The dyke is moved slightly to the east.

The project was launched on 1 September 2016. Because the Lek Canal is being widened, a new primary barrier (dyke) was constructed 90 metres inland. Here the subsoil consists of layers with a poor load-bearing capacity and had to be improved first. Afterwards a new dyke was constructed layer by layer, with the subsoil always being given time to stabilise.

To prove that the dyke met the requirements, a monitoring plan was drawn up. Here water pressure meters, settlement gauges and inclinometers were used to monitor the behaviour of the subsoil and the barrier being constructed. This was co-monitored by the Stichtse Rijnlanden Regional Water Authority. A dyke with a height of 8 metres and a length of 800 metres was constructed. It took about six months to complete this work.

Only after the new dyke had been handed over to Rijkswaterstaat and was allowed to take over the function of the old dyke could the old dyke be removed and could the widening of the Lek Canal commence.

Economical and sustainable
The 500,000 cubic metres of sand and clay required for the construction of the new dyke were delivered by ship as much as possible. MvO always operates as economically and sustainably as possible.

In mid April 2017 the construction of the third lock chamber itself commenced. First of all, the cofferdams had to be excavated for this. In late April work started on the excavation of the first cofferdam, the outer gates, followed by the second cofferdam, the inner gates. These were finished in late July 2017.

Following this we focused on excavating the lock chamber itself. Due to the layout of the chamber walls, this is done in phases. The material released here is used to raise the lock island and site, but it is also transported to the nearby village Tull en ’t Waal, where it is used to shoal sand extraction pits.

In the meantime, another team is working hard on widening the Lek Canal. Initially this was done from the shore, but from mid August 2017, dredging work is also being performed from pontoons on the water. Meanwhile the many inland shipping vessels continue to pass by; the locks have to stay operational during the execution of the project. This was a clear requirement from the very start of the project. MvO took this into account already during the design and calculation phase.

After finishing the dredging work, mattresses and rip-rap are applied.

In the autumn of 2018 we expect to have finished all our work.

Our projects speak for themselves, but our people who make it are the ones we’re really proud of.
Here you can read all the Martens en Van Oord #tallstories.

Our projects speak for themselves, but our people who make it are the ones we’re really proud of
Here you can read all the Martens en Van Oord #tallstories.

Would you like to know more about 3rd chamber of Beatrix lock ?

Marco supervised the entire process. Please contact him or let him know what he can do for you in the form below and he will call you back or email a reply. 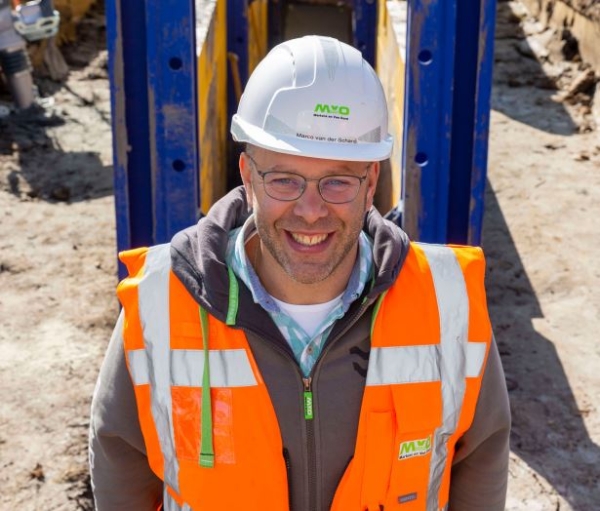